carnagetdm
Home Books “Has it been a fart?”: The striking title chosen by Sandra Alonso,...

Sandra Alonso, with her titles for children.

Spanish writer of children’s books Sandra Alonso Post next WednesdayWas it a fart?”, an illustrated story that La Maleta Ediciones will distribute in Spanish, Catalan and English, aimed at both young readers in Spain and the United States.

Sandra Alonsowhich adds to this, which has illustrations by the Spanish Cristina Losantos, fourteen titles of children’s literature in four years – all published by some of the main specialized publishers – has shown in an interview with Efe his enthusiasm for reaching the US market.

So far, his books have also been translated into other languages ​​in Spain such as Galician and Basque, there is a Turkish version of onion nugget and Taiwanese versions of The incredible secret of white paint and in Romanian You will be what you wantR.

In Was it a fart?Alonso tackles a topic that “because it’s scatological, it’s always funny to children” and starts from something as innocent as the protagonist letting out a fart when she’s in physical education class, to show that, although it’s something physiological, should be avoided in public.

To do this, the picture book shows how other classmates they hide their wind coughing or playing the flute at the same time so that they cannot be heard.

The book incorporates capital letters with flat backgrounds suitable for early readers and is also designed for parents to read to their children from 2 or 3 years old and contains as a wink, as a game, a San Antonio vaquita hidden in each of its pages.

This is the second title of Sandra Alonso at the beginning of the new school year in Spain, since last September 1 it also published A wonderful rainy day”, illustrated by the Spaniard Paco Ortega and edited by the Loyola Communication Group.

In this case, the protagonist is “Tormi”, a boy who loves rain, fog and storms and who gets angry when others label those characterized by these inclement weather as “bad days”.

“The message is that we have to respect the opinions of others at the same time that we express our own, without having to agree with what the rest say”, explains Sandra Alonso.

The author takes advantage of this title to introduce new emerging vocabulary into children’s language, also of an olfactory type, such as petrichorname with which the smell of rain is called when it falls and moistens the dry land. 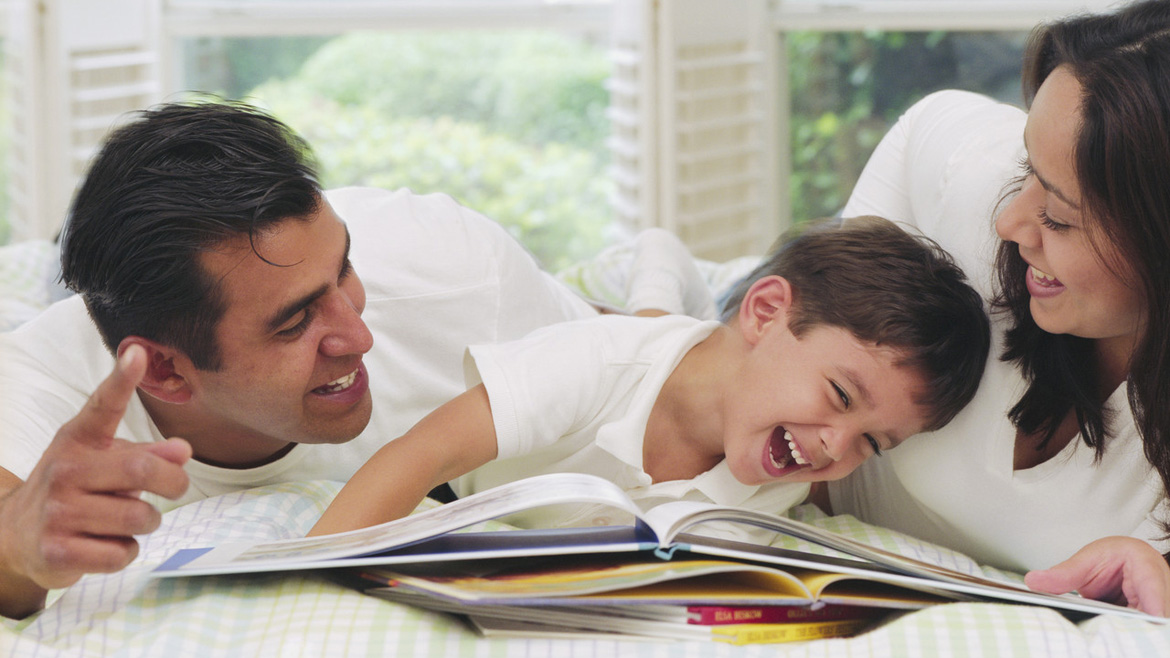 Read and laugh. A moment of pleasure and learning.

Characterized by telling simple stories with messages that affect values such as equality or the promotion of autonomy and personal expression, and address feelings such as the love between grandparents and grandchildren, Sandra Alonso has made the story her passion and her job.

Along with the publication of fourteen books since December 2018, this graduate in Early Childhood Education has blogs and video blogs specialized in commenting on novelties in children’s literature on Facebook, Instagram, YouTube and Twitter, which under the title “My children’s stories” add up to more of 56,000 followers.

Alonso is a defender of paper in any specialty of literature, but especially in children’s literature, in which the physical book is “less in danger” of succumbing to the virtual one because it is less translatable on a mobile device, a tablet or an electronic book.

Books for babies: keys to a market that expands by inventing readers
Cloth books, a new proposal from the publishing market for the little ones